Les and Clive, they would say that

Les and Clive, they would say that

Good business writing pays attention to salutations, which is easy at this time of year.

It hardly seems 12 months since this column was talking about The Spectator‘s choice of “shouty” as its word of the year for 2018. Despite rising to prominence in that year, it was a prescient choice because it has certainly been a shouty period since.

Many lament the current climate’s inability to debate with respect for another’s contrary opinion. It happens in discourse about grammar and language use. Not from this column of course, which attempts to provide measured observations and easy-to-follow tips.

Yes, English is a living, breathing language, and there has never been a golden age of grammatical “rules” to which everyone adhered and produced uncluttered writing.

And yet … there are useful language guides, stars in the east, which help the journey to better communication. Hopefully this column has opened the mind to the possibilities. Less is always more, and make sure you read your writing aloud as the best form of editing.

Merriam-Webster declared the personal pronoun “they” as its word of the year for 2019 based on a 313 per cent increase in look-ups on the company’s search site compared with 2018.

“I have to say it’s surprising to me,” said Peter Sokolowski, a lexicographer and Merriam-Webster’s editor at large. “It’s a word we all know and love. So many people were talking about this word.”

“They” would say that.

The Oxford Dictionaries WOTY for 2019 is “climate emergency”, while Cambridge declared “upcycling” as its choice. Locally, the Macquarie’s Committee’s Choice opted for “cancel culture” while its People’s Choice decided on “robodebt”.

Business communication is no less important heading into 2020 than it was since Sumerians were trying to get a message across in cuneiform.

Results from the Program for International Student Assessment (PISA) suggest the literacy levels of Australia’s next generation may not be what they should be. Unsettling news, as were the deaths this year of Les Murray and Clive James.

“They” were two of Australia’s greatest writers, if not “the” greatest.

Philip Harvey had this to say in Eureka Street. “Murray possessed a prodigious gift, a near-miraculous ability to conjoin the senses in words and make you feel it. His knowledge of English poetry was widespread, while his acclimatisation to Australian poetry, and Indigenous song form in particular, grew with time, delivering unforeseen and immense productions, many of them unique in scope.

“James went to Cambridge, Murray stayed around out the back of Bulahdelah. In a TV interview with Murray, James muttered under his breath after one Murray expansive effusion, ‘I’m out of my depth’ — a rare admission.”

Australians of all ages would do well to revisit their work. Clive James thought his epitaph should read: “He loved the written word, and told the young.”

Amen, and all the best for the New Year. 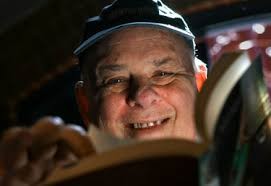