The Hunter is rebalancing its economy by leveraging cost advantages for business.

There is an economic narrative built around construction, as simple as it is effective. The rigs and lattice booms are presented as tangible evidence of a city or state on the move.

“Cranes are in the sky, businesses are hiring,” NSW Premier Mike Baird wrote during his March election campaign. “And the good news is we are just warming up as we roll out the infrastructure this state desperately needs.”

The cranes Baird referred to were nearly all in Sydney, but the second-largest city in NSW is now showing similar activity in its CBD. Newcastle’s inner-city rejuvenation is under way and activity centres on transport infrastructure, law courts, a university campus and apartments for sea-changers swapping backyards for balconies.

Baird promised a windfall of $1.75 billion from the lease of the Port of Newcastle and some of those funds, if used as intended, could set up the city, as did the discovery of coal in the 1790s.

The city has come back from periods of decline before. Bobby Suminoski, principal and director at property agency Four Walls Commercial, says the revitalised Civic Precinct generally, and the new law courts and the University of Newcastle innercity campus specifically, both valued at $95 million each, “really showcase what Newcastle is capable of”.

“This is Newcastle saying ‘Hey, we’re ready for this’,” Suminoski says. “We’re ready to grow and just watch us grow.”

Mention Newcastle and the Hunter Valley to people outside the region and their minds probably turn to coalmining, wine and possibly thoroughbreds.

Certainly, mining and related activities, and Newcastle servicing that industry through its port, are integral to the region’s commerce. But the Hunter’s economy is diverse.

Education, especially with the University of Newcastle; health, including the world-renowned Hunter Medical Research Institute; and defence, with the RAAF base at Williamtown, are crucial economic drivers.

The university continues to be a major employer and developer and extends the city’s links into regional, national and international education and business sectors. The RAAF employs about 3500 people and its proposed capital works for the next 10 years total $1.1bn and include a base redevelopment costing $219m, known as stage 2, new air-combat capability works valued at $679m and a $200m runway extension.

Demand for tertiary education, medical facilities and the federal commitment to maintaining a high defence profile in the Asia- Pacific may help to ensure Newcastle and its big employers keep attracting investment and making jobs.

Financial services, manufacturing and tourism are also important in the regional economy. The possibility of a tech-hub, with the region playing a leading role as an incubator of start-ups, is an exciting prospect.

Most recently, the $14.5m upgrade of Newcastle Airport, including expansion of the terminal, is intended to meet the needs of growth for business and tourism.

This diversity may bring more demand for commercial space, and Suminoski says office and industrial property in the region is comfortably in the slipstream of renewed interest in a revitalised Newcastle.

Four Walls Commercial is one of several agencies in the local specialist commercial sector, with Colliers International, Ray White Commercial and Raine and Horne Commercial.

“Most recently, and what people probably see in the news more often now, is the residential sector and rising values,” Suminoski says. “If you look at the Newcastle CBD, we have quite a few cranes up and we are tagging along behind that residential boom that is happening in some of the other states and capital cities.

“That is bringing increased confidence in the business sector. Businesses servicing this increase in population, the financial services, the health services, are growing as well.

“The services sector and some government and institutional sectors have grown and this has stabilised and reduced the negative effect of a low mining sector and concomitant drop in industrial values. All those sorts of things are just bringing more and more confidence into Newcastle and the region.”

With the flow-on effect into commercial property and other sectors, the hope is this will include retail. The state government through UrbanGrowth NSW, together with property group GPT, has developed a masterplan in line with amended guidelines to transform the Newcastle CBD including its Mall Precinct. “Newcastle is embracing change and there is definitely renewed interest and confidence,” Suminoski says.

“Demand is growing — demand for investment opportunities and property opportunities. Not just from investors or self-managed super funds, but businesses wanting to invest in property for their own functions here in Newcastle, as they expand. There is interest from Sydney, too, and interstate businesses are looking to locate here.”

The money from the lease of the port is meant to be spent on the infrastructure projects most vital to ensure Newcastle and the Hunter Region grows.

This comes when opportunities in bigger metropolitan areas are becoming more limited. Any infrastructure elsewhere that eases pressure on the fringe suburbs around Sydney has to be a good thing. Newcastle provides that.

Sydney’s basin is physically hemmed in. The central coast between the capital and Newcastle can have an important role in easing development pressures, but it lacks some of the services that exist in Newcastle, notably in tertiary education and health.

Mining companies tightening their belts have softened the region’s industrial market, but the opening of the $1.7bn Hunter Expressway linking the northwest region beyond Newcastle and Maitland has resulted in stronger business interest from transport and logistics providers.

“The fringe of Newcastle is an hour-and-a half to Wahroonga (in northern Sydney),” Suminoski says. “Logistically, that isn’t a big gap, so there is definitely an opportunity there and people from Sydney are realising that. ‘Do we locate on the fringe of Sydney or do we just go to Newcastle?’

“Transport studies and reports following the closure of BHP (local steel operations in 1999) together with the continued pressure and constraints on Port Botany (in Sydney]) identified the need for an additional multipurpose container terminal (MPT).

The NSW ports growth policy has identified Newcastle as the preferred and most suitable complementary site for future port activities to meet NSW’s future growth. Other studies have also found strong benefits in locating the MPT in Newcastle as opposed to having an intermodal terminal in crowded western Sydney. 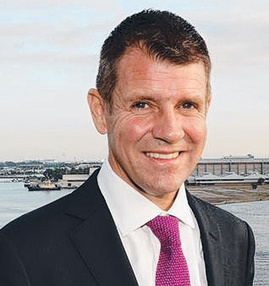 The truncation of heavy rail at Hamilton outside the CBD has dominated local discussions, and spawned redevelopment plans, but the lost opportunity with the port is just as contentious.

The fact it wasn’t preferred as a container terminal still rankles. The rail line and port status issues have impacted heavily on the conscience of the populous and political careers.

The rail line has dominated Newcastle politics for decades and, when Baird made his most recent pronouncement in early September about more cranes on the Sydney skyline, Newcastle “Save our Rail” protesters were rallying outside his office in Macquarie Street. It has been politically and figuratively divisive, and literally divisive depending on whose side you take.

But the Baird government has made the cut and the corridor will be rejuvenated and create accessibility between the revamped CBD and the foreshore. Plans for the free flow of pedestrians and wider traffic in and around the CBD have been on the table for decades.

“The law courts and the innercity campus are deliberately located in the Civic Precinct, which is basically the centre of town, and around that you have cultural operations and, on the business side of things, the ATO headquarters and the council chambers,” Suminoski says.

“The old port area, on the other side of the rail line was renamed Honeysuckle and developed as part of the Building Better Cities program.

The plan was always to reconnect with the old part of town using pedestrian malls and squares and make it as one and accessible for everyone. The idea was to bring the Civic Park precinct out to the harbour as well. Cutting the heavy rail line and pursuing that plan will be successful.”

Just as those plans are coming to fruition, other large-scale infrastructure to be financed from the lease of the port, particularly in transport, is designed to provide broader opportunities. If it has the desired multiplier effect, the region will grow again, especially if the new Chinese owners of the port bring more through Newcastle.

That could ensure more cranes on the Hunter horizon. 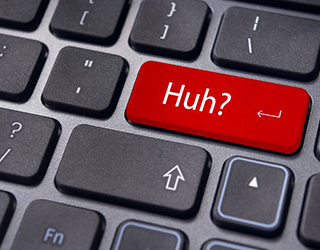