The importance of correct punctuation cannot be overstated.

In a column last year I noted the story of US company Oakhurst Dairy losing its legal battle with truck drivers over the lack of a comma in the professions for which overtime payments were excluded.

The company argued the grammar in the phrase “packing for shipment or distribution” of certain products meant it did not have to pay the truck drivers – the distributors – overtime.

The truck drivers argued in court the lack of a comma actually meant it was those who were “packing” products for distribution who were excluded from overtime payments – and won.

Australian Country Choice, one of the world’s biggest cattle producers, launched legal ­action against Coles, accusing the supermarket giant of breaching sales arrangements by exploiting a missing comma in a contract.

The Queensland-based private company is one of the country’s biggest landholders and filed the lawsuit in the Supreme Court in Brisbane relating to Coles’ alleged claims over what products, when sold to third parties, require commissions to be paid back.

ACC noted its strong 40-year partnership with Coles, but that in recent times the supermarket chain had “failed to act in good faith”.

The crux of the issue is the lack of a comma between “edible meat” and “offal” in the definition of ACC products for which Coles must pay the commissions.

The statement of claim refers to an email allegedly sent by Coles to ACC in August 2016, in which the producer’s products were defined as being “edible meat offal” and “inedible meat products”.

“The exclusivity does not ­extend to edible red meat products, such as those that are traded by (Adams Foods Group) on Coles’ behalf,” says the August 17, 2016, email allegedly.

ACC argues in its claim “the parties had regularly used the terms ‘edible meat’ and ‘offal’ in communications but never the term ‘edible meat offal’, which it says is not a product offered for sale in Australia.

“The external sales agreement, properly construed, provides that ACC products include edible meat, on the one hand, and offal, on the other hand,” the statement of claim says.

The ACC statement of claim alleges Coles “would obtain the benefit of the goodwill” that ACC has established in overseas markets without compensating the company and could potentially damage it by not appropriately dealing with customers or the products.

This beef with Coles over a missing comma is no small thing.

The statement of claim says external sales revenues in 2013 totalled about $110million, of which commissions of up to 2 per cent was paid back to Australian Country Choice. 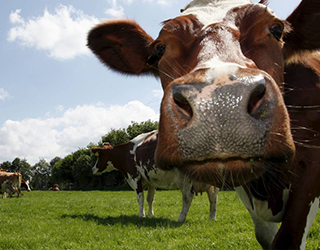