Punctuation has certainly made its mark over the centuries, even before Venetian printer Aldus Manutius formalised all those little marks in the late-15th century.

But working with some of Australia’s biggest corporations on writing and communications skills, it’s surprising how many staff, right up to C-suite level, need refresher courses in the importance of correct punctuation.

Lyn Truss dedicates her masterly book Eats, Shoots & Leaves to “the striking Bolshevik printers of St Petersburg who, in 1905, demanded to be paid the same rate for punctuation marks as for letters, and thereby directly precipitated the first Russian Revolution”.

Punctuation is back in the news again, more specifically the comma that divides grammarians, the Oxford comma.

Oxford comma supporters claim it resolves ambiguity. An appeals judge in the US state of Maine agrees with this usage. It was reported recently a group of delivery drivers will be paid an estimated $13 million in overtime after winning a three-year legal dispute.

The judge ruled in favour of the Oxford comma when the truck drivers argued the relevant Maine employment law pertaining to overtime was ambiguous because of a missing comma. The law says overtime rules do not apply to:

In a class action against Oakhurst Dairy in 2014, three drivers argued their industry was not carved out by the exemption. The question was whether the final part of the sentence, “packing for shipment or distribution of”, referred to one profession or two.

“For want of a comma, we have this case,” judge David J. Barron wrote. “The delivery drivers contend that, in combination, these words refer to the single activity of ‘packing’, whether the ‘packing’ is for ‘shipment’ or for ‘distribution’.”

If you hadn’t considered punctuation much lately, the Maine truck drivers might concentrate your mind.

Darrell Croker is communication adviser for Write For Impact. 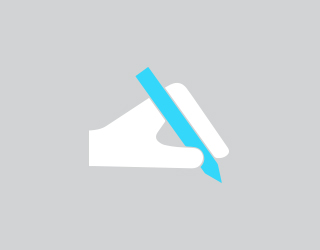