“Just heard Foreign Minister of North Korea speak at U.N. If he echoes thoughts of Little Rocket Man, they won’t be around much longer!”

That was a tweet from US President Donald Trump at 1.08pm, September 24.

It prompted a story in Pacific Standard magazine titled “Can a tweet start a war?” in which a University of California (Berkeley campus) political scientist T.J. Pempel examines the language and the need for delicate diplomacy.

Professor Pempel specialises in international relations in East Asia and says in relation to Mr Trump there is no evidence any senior White House official has “the capacity to change him at the rherotical media level”.

So spare a thought for Hope Hicks. Aged 28, the long-time aide was recently named as the Trump administration’s permanent communications director after filling in as the interim.

Ms Hicks has seen one communications director after another make quick exits since Mr Trump was elected.

There’s a communication problem, and Ms Hicks will work with press secretary Sarah Huckabee Sanders to help set the White House’s media strategy and battle leaks within the White House.

A former model, Ms Hicks worked with Ivanka Trump’s fashion business, and in 2015 became Mr Trump’s presidential campaign spokeswoman. She is known as a “Trump whisperer”.

It remains to be seen if she can rein in the tweets. 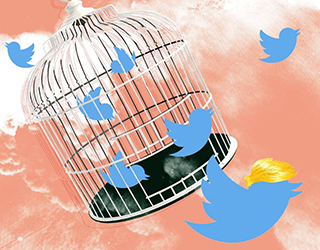