Opinion | ‘Have the guts to cut’ your emails

Opinion | ‘Have the guts to cut’ your emails

Writing business communication is not the same as writing a novel.  The respective audiences have different expectations, but the tenets of clear writing remain the same whether for a document conveying a company’s value proposition or a potential sci-fi bestseller.

Kurt Vonnegut’s famous novel Slaughterhouse-Five was published in 1969 and then in 1985 he penned the essay “How to Write With Style”. It’s aimed at aspiring novelists, but the advice is applicable to all writing.

One of his pearls definitely relates to emails.  It concerns self-editing. “Why should you examine your writing style with the idea of improving it?” Vonnegut asks.

“Do so as a mark of respect for your readers, whatever you’re writing. If you scribble your thoughts any which way, your readers will surely feel that you care nothing about them.”

Reread all emails before hitting “Send”, not just for typos, but as part of a genuine attempt to rewrite if necessary for clarity. Put yourself in the recipient’s chair, or as Vonnegut says “pity the reader”.  He points out:  “They have to identify thousands of little marks on paper, and make sense of them immediately… Our audience requires us to be sympathetic and patient teachers, ever willing to simplify and clarify.”

As Vonnegut says ‘pity the reader’

Another gem is “keep it simple”.   He cites William Shakespeare and James Joyce, “two great masters of language”, and says they wrote sentences that were almost childlike even when the subject matter was profound. “To be or not to be?” asks Shakespeare’s Hamlet. Vonnegut reminds us the longest word has only three letters.

Learn to self-edit, or as Kurt rather curtly puts it “have the guts to cut”. As he says: “If a sentence, no matter how excellent, does not illuminate your subject in some new and useful way, scratch it out.”

One of his interesting tips is “sound like you”. Vonnegut says: “The writing style which is most natural for you is bound to echo the speech you heard when a child … I myself find that I trust my own writing most, and others seem to trust it most, too, when I sound most like a person from Indianapolis, which is what I am.” That is sound advice for a prose enthusiast, but for business writing this applies to tone of voice, more specifically the company’s tone of voice.

And finally, don’t be afraid to get help. “ … I commend to your attention The Elements of Style by William Strunk and E.B. White.” There are many style guides available and some great ones for free online. Don’t forget the spellcheck.

In 2015 the Science Fiction and Fantasy Hall of Fame inducted Kurt Vonnegut posthumously. The asteroid 25399 Vonnegut is named in his honour, but Vonnegut’s subject matter is rooted deeply to Earth. Slaughterhouse-Five has as its basis his World War Two experiences, particularly surviving the bombing of Dresden.  We all have a story to tell, even in business communication.

Darrell Croker is senior coach at Write For Impact.
writeforimpact.com.au 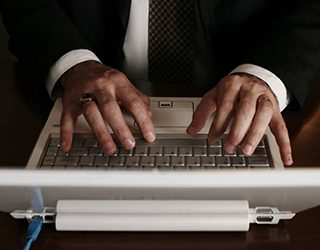