Opinion | Ghost in the machine

Opinion | Ghost in the machine

In August, federal education minister Simon Birmingham vowed to take action when confronted with the results of this year’s NAPLAN literacy tests showing a decline in writing skills among school students.

Mr Birmingham planned to hold talks with his state and territory counterparts to discuss strategies to reverse the worrying trend.

In October, the Australian Curriculum, Assessment and Reporting Authority, the body that runs the NAPLAN tests throughout Australia, proposed introducing a computer to mark essay questions.

NAPLAN evidence already suggests some schools “teach to the test”. Presumably it would not be long before teachers and coaches taught students to write to the computer marker’s preference.

Les Perelman from the Massachusetts Institute of Technology has already raised doubts over a computer’s ability to mark language fairly.

His BABEL generator can write grammatically correct nonsense sentences using long, rare words, and synonyms of up to three words. 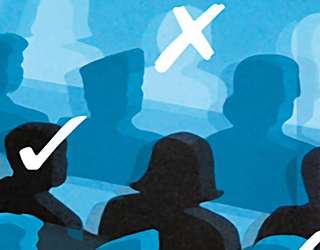