Opinion | All about prepositions

Opinion | All about prepositions

It’s time for an about-turn on prepositions. Anyone else taught the “circle and dot trick”?

When I was taught the secret to uncovering prepositions, I was also told they were words we couldn’t end a sentence with. As was apparently Winston Churchill’s memoir editor.

This an attributed story only, but Winnie apparently chided the editor for correcting a sentence ending with a preposition with this response: “This is the sort of arrant pedantry up with which I will not put.”

The word for which I feel sorry is “about”.

“Approximately” and “around” are not suitable substitutes. Approximately means close to, but not exactly. About does not stress that closeness to accuracy, in which case approximately is better used for scientific writing. “Around” is a spatial cowboy.

I’m not the only one feeling lost and carrying on “about” this.

In a recent “Mind Your Language” column in The Spectator, Dot Wordsworth had this to say.

“As for around, it thrives in some jargon-infested semantic wastelands in constructions that you and I never use: issues around anger-management, for example.” There is also David Thatcher’s wonderful Saving Our Prepositions – A Guide for the Perplexed.

It’s not a good time to be “around” senior big-four bank officials, AMP executives, or financial planners. The dot moves … the circle. AMP has taken … $33 million from clients, but is defending an empire worth … $12 billion. CBA admitted it breached statutory disclosure laws … 53,000 times. What goes around comes around. 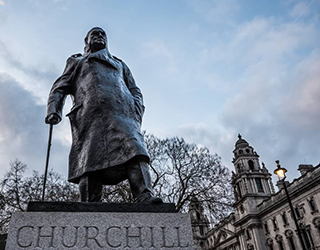