Message in a battle

Message in a battle

Much has been made in the battle for political ascendancy of “staying on message”.

Minders and commentators barracking for a particular side laud the performance of any particular pollie who parrots a line five times in one media engagement.

But it’s a misnomer really in terms of effective communications. Staying on message never takes into account the educated awareness of the general public, or the possibility of shifting sensibilities surrounding any debate.

Much has been made in the current campaign of the lack of engagement of the general public. It’s an unfair assessment and again doesn’t take into account the educated awareness of the Australian electorate.

Notice how I stayed on message with “educated electorate”?

People aren’t disengaged, they just realise it is a long campaign … a long time listening to politicians stay on message.

Yes, my columns argue for concision in business writing, but never boring communication.

Keen readers may have noted the play on words relating to birds in the second paragraph. If not it possibly worked subliminally.

“Staying on message” is the least effective three-word slogan. 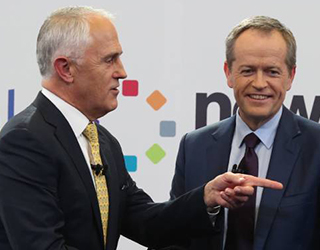